Isla Contoy is a small uninhabited island that belongs to the municipality of Isla Mujeres in the state of Quintana Roo, Mexico.

Protected by the Mexican government since 1961, it was declared a National Park in 1998 and it is also known as “The island of birds”. South of the island  the “Ixlache” reef is located right where the 2nd biggest reef barrier in the world starts.

Isla Contoy is run by the non-government organization Amigos de Isla Contoy A.C. and supervised by the SEMARNAT (Secretary of environment and natural resources).

The Word “Contoy” can come from 2 different sources, Kom which means low and To’oy which means shelter describing the low depth waters around the island or the vocable Ponto which means Pelican.

Based on findings made on the island like ceramic ítems it has been calculated that the island would have been occupied since 300-200 bc, even before consolidation of the mayan culture, in the period known as “preclassic superior”. The island was a part of the ancient pre-hispanic maritime route that linked the Laguna de Terminos with all the Caribbean islands that covered all the Yucatan peninsula’s coast.

During the colony its surrounding waters were witness of naval battles between galleons and pirate ships as well as shipwrecks. The first oficial news out of the island comes from John L. Stephens back in 1892 who specially mentioned the presence of a large number and different kind of birds, other sources mentioned that, during the 50´s, the island was temporary inhabited by turtle camps, this activity remained for a while and it represented an important activity for the locals up to 20 years ago.

During Porfirio Diaz presidency, in the late 1800’s and early 1900´s, the lighthouse for the island was constructed. Back then the Island was already called “Island of birds” and it began to be recognized as a sanctuary. Mexican ecological authorities and naturists began top ay attention to the island shortly after 1950.

Supervised ecotourism as well regulated commercial fishing is allowed on and near the island, only a few tour companies have permission to bring a máximum of 200 visitors a day.

Isla Contoy National Park is one of the 67 national parks in Mexico, established in February 1998 protecting all Contoy Island and 4900 hectares of sea. It is located right in the border where the beautiful colored waters of the caribbean mix with the cold Waters of the Gulf of Mexico.

The Island’s ecosystem are intact and it is a sanctuary for birds as well as turtles and other marine fauna in danger of extinction.

The mangroves in Isla Contoy were declare done of Mexico’s Ramsar sites in November 2 2003.

In February 8 1961, Isla Contoy was designated as a natural reserve area and a shelter for flora and fauna by president Adolfo Lopez Mateos, this made Contoy the first protected area in the Yucatan Peninsula. Between 1961 and 1982 some tourist operators from Cancun and Isla Mujeres travel periodically to the island. In 1982, President Jose Lopez Portillo inaugurates the visitor center, an observation tower, power plants and 2 decks. During the next presidential term island control pass to the SEDUE (Urban development and Ecology secretary) that categorize it as special biosphere reserve.

Back in 1984 rules regarding lobster fishing were established. On October 29 1986 the island’s beach was decret as a protected area for sea turtles.

Between 1993 and 1994 tour operators from Cancun and Isla Mujeres form “Amigos de Isla Contoy” a non-government and nonprofit organization created to organize periodic cleaning campaigns in the island as well as to collaborate in the creation of internal rules and regulations for the preservation of the island. In 1994 the Management program is elaborated and the Natural Protected area is turn in to the Special Biosphere reserve of Isla Contoy.

On February 2nd 1998, during president Ernesto Zedillo´s term, the area was categorized as National Park, improving the protection and conservation up to 5,128 hectares in and around the island.

In 2002 the Lighthouse foundation of seas and oceans based on Kiel Germany, became the Amigos de Isla Contoy most important partner, supporting all it’s conservation and educational programs.

To define, prioritize and systematise in a permanente way, all actions for protection, investigation, education, operation and concertation as well as finance.

To decide on policies of natural resources exploitation and touristic activities in the area.

To promote the area for scientific investigation in order to know it’s ecosystems and species, biological cycles, and all those natural resources to be used in a sustainable way.

To make an efficient administrative process thru the creation of procedure manuals.

To obtain additional financing so that the authorities can count on adequate budgets for the operation and maintenance of the park.

Notable species under especial protection include the White turtle (Chelonya Midas), the Carey turtle (Eretmochelys Imbricata), the Caguama turtle (Caretta Caretta) and the heron (Egretta Rufescens), which is the most rare kind of heron in North America and very susceptible to coastal developments.

98 different type of plants have been detected in 2 main types of vegetation divided into 12 communities.

The first type of vegetation is halofila or marine dune. It is the dominant type and there are different species combinations according to the microtopographic variations.

The second type is the mangrove swamp, located in the occidental parto f the island. There are also several associations for this type.

Contoy is considered a relevant nesting site for marine birds, 152 types of birds have been detected in the island, including the most important grey pelican colony in Mexico’s east coast. The island also provides nesting sites for the peregrine falcon (Falco Peregrinus) that has been returning over the last years, during summer the island is visited by other species for shelter or reproduction such as the bobo White belly (Sula Leucogaster), the cormoran, the magnificent fragata and the giant herod.

Due to the various nutrients in its surrounding waters we can find lobsters, octopus, shrimp, sardines not to mention the whale shark’s largest agregation in the world, plus 234 different fish has been identified, giant rays, dolphins, crossbow fish, barracudas, needle fish and others.

Ixlache reef is located on the south part of the island and it is considered the start of the second largest reef barrier in the world, extending over 500 miles south to Honduras.

This treaty promotes the arrecifal system conservation thru it’s sustentable use.

The strategy of this initiative relies on the “Biological diversity convention” established as part of the treaties signed during the UN conference on development and environment celebrated in Rio de Janeiro in 1992.

Ramsar agreements
The convention on wetlands, signed in Ramsar, Iran in 1971, it¿s an agreement on international actions and cooperation on the conservation and rational use of wetlands and it’s resources.

Mexico became a part of this agreement on november 4th 1986, when the Rio Lagartos biosphere was included as an international importance wetland.

Ecotourism is allowed under the supervisión of both Protected Areas National Commission from the Environmental and Natural Resources Secretary and the “Amigos de Isla Contoy AC” association.

Access to the National Park is only by boat and only by those authorized by the government and that usually comes from Cancun, Isla Mujeres and Puerto Juarez.

Controlled access allows this boats to arrive between 10 and 11 am and to leave between 3 and 5 pm.

Isla Contoy is in the State of Quintana Roo and is located at the point of the Caribbean Sea and the Gulf of Mexico, approximately 30 kilometers north of Isla Mujeres. The island is only 8.5-Km in length. Isla Contoy is also considered the most important nesting place of sea birds in all of the Mexican Caribbean.

Protected by the Mexican government since 1961, and declared a National Park in February 1998, the island is jointly run by the Isla Mujeres-based Non-Governmental Organization, Amigos de Isla Contoy A.C.“ and the National Commission for Natural Protected Areas CONANP who depends of the Secretary of Environment, Natural Resources and Fishing (SEMARNAT).

Besides its unparalleled beauty, secluded sandy white beaches and lush palm trees, the island boasts more than a hundred and fifty migrating and resident bird species. The most easy to observe are the frigate, the brown pelican and the double-crested cormorant. Isla Contoy is also an important nesting place for Sea Turtles!

There is also snorkeling locations close to Isla Contoy, where visitors can stop and snorkel the beautiful Ixlache Reef, home to countless marine species.

This is the tour for all nature lovers, couples and those who enjoy the tranquility and beauty of an uninhabited island. Contoy island been a natural protected area since 1961 and a Marine National Park since 1998 due it’s biodiversity is your best choice. 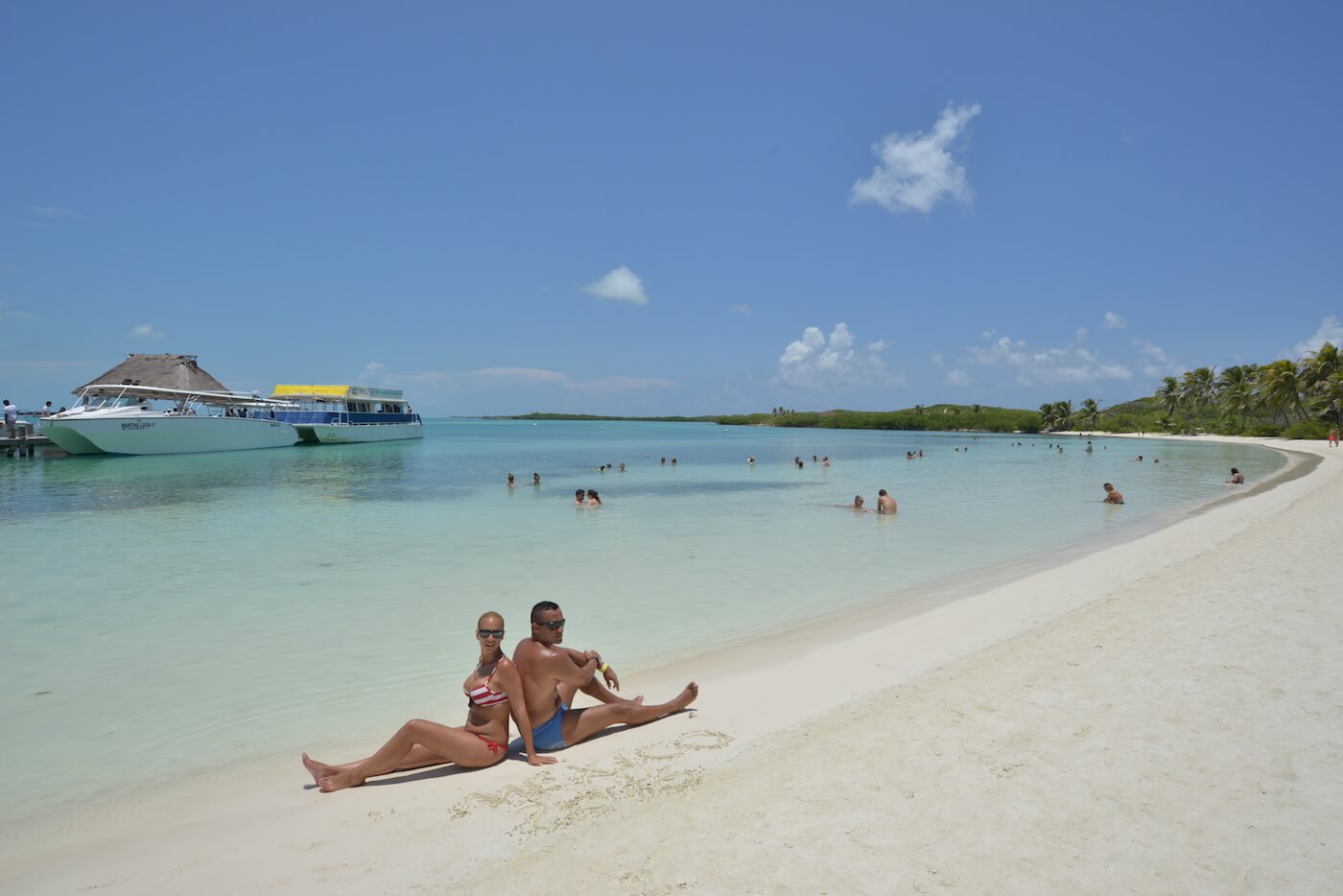 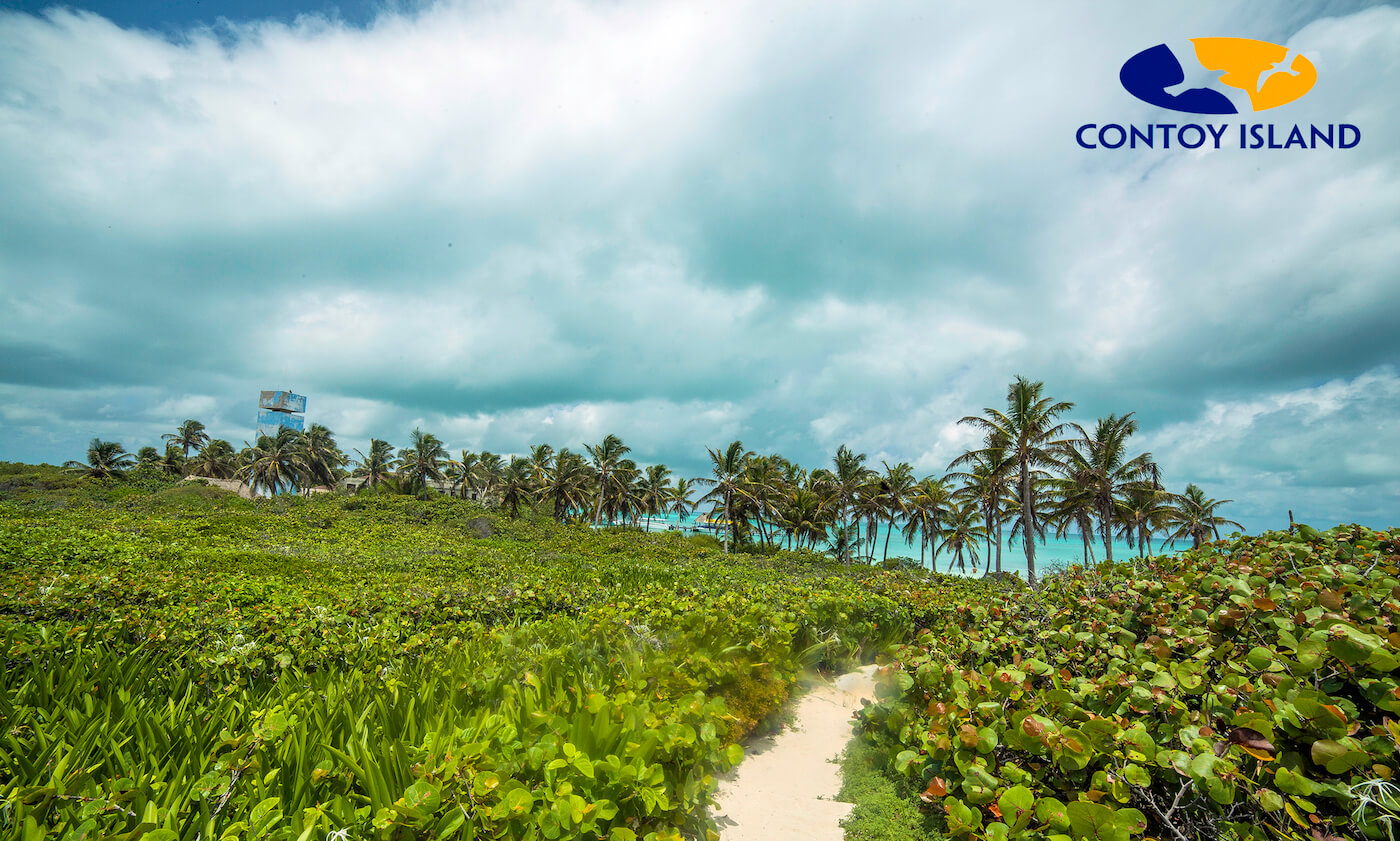 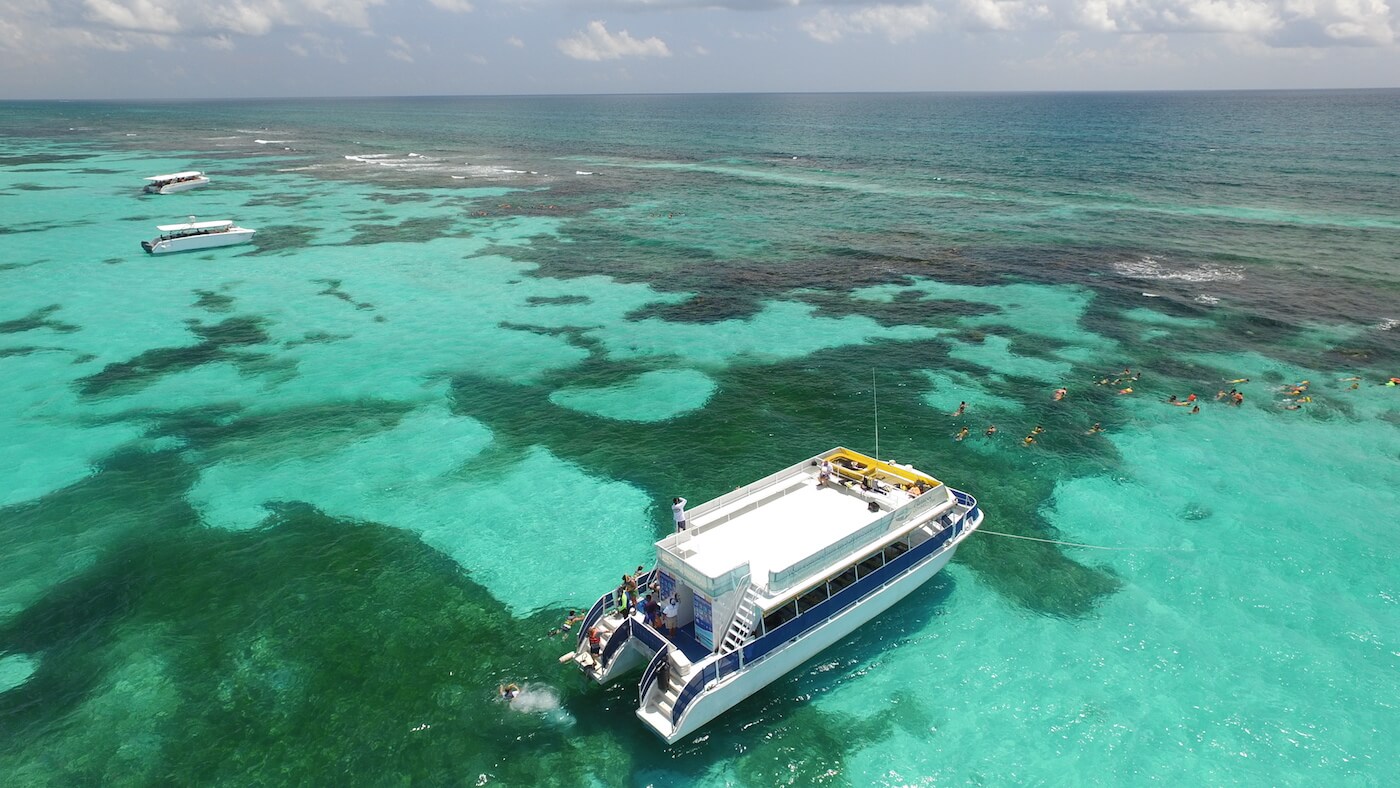 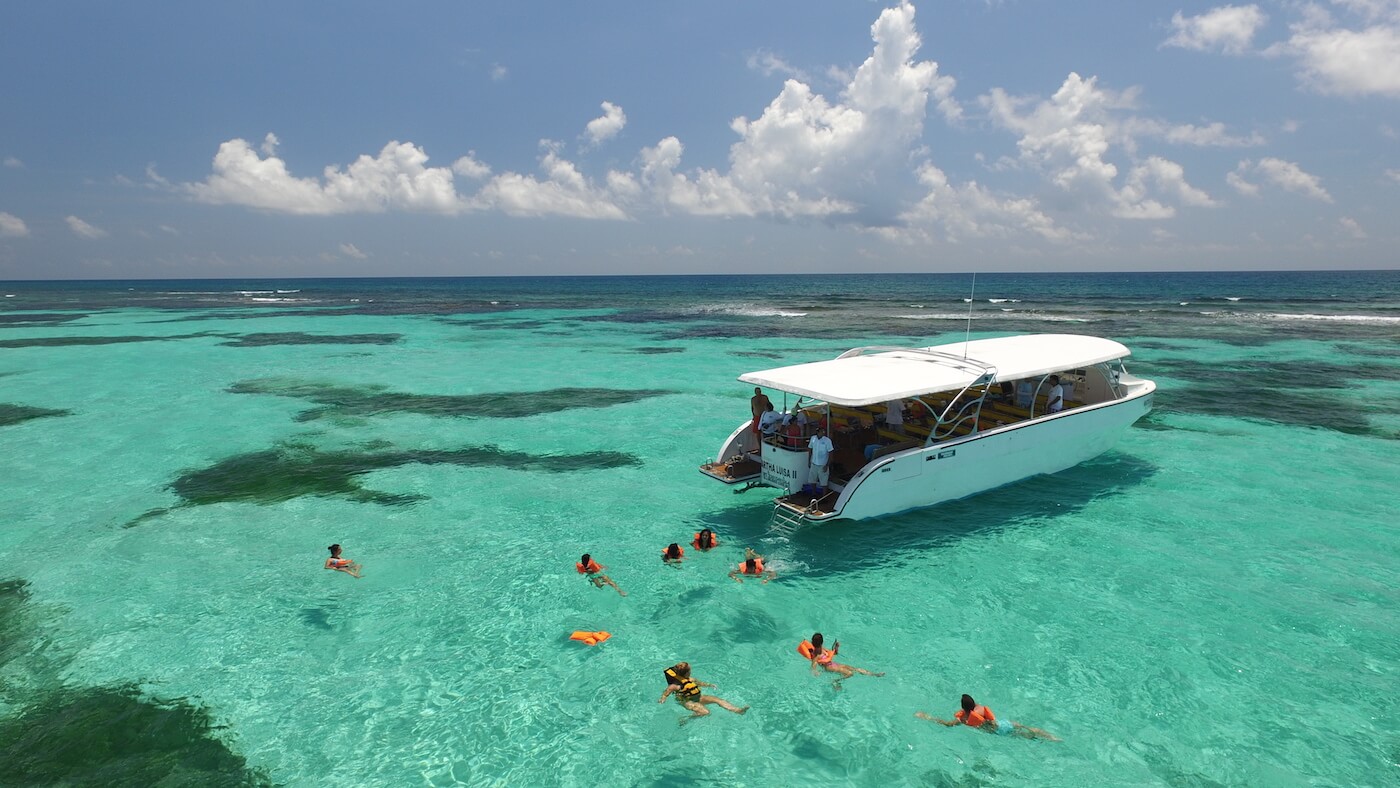 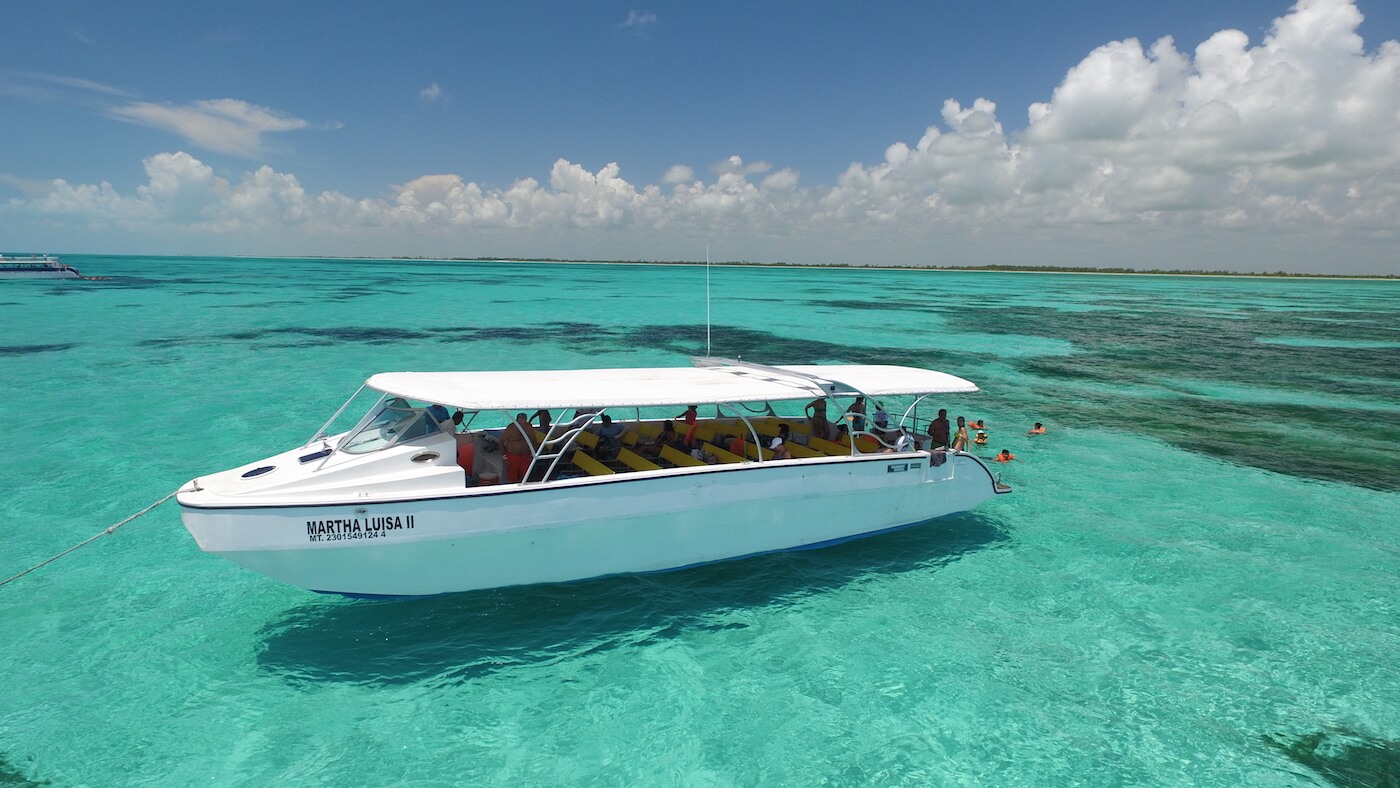 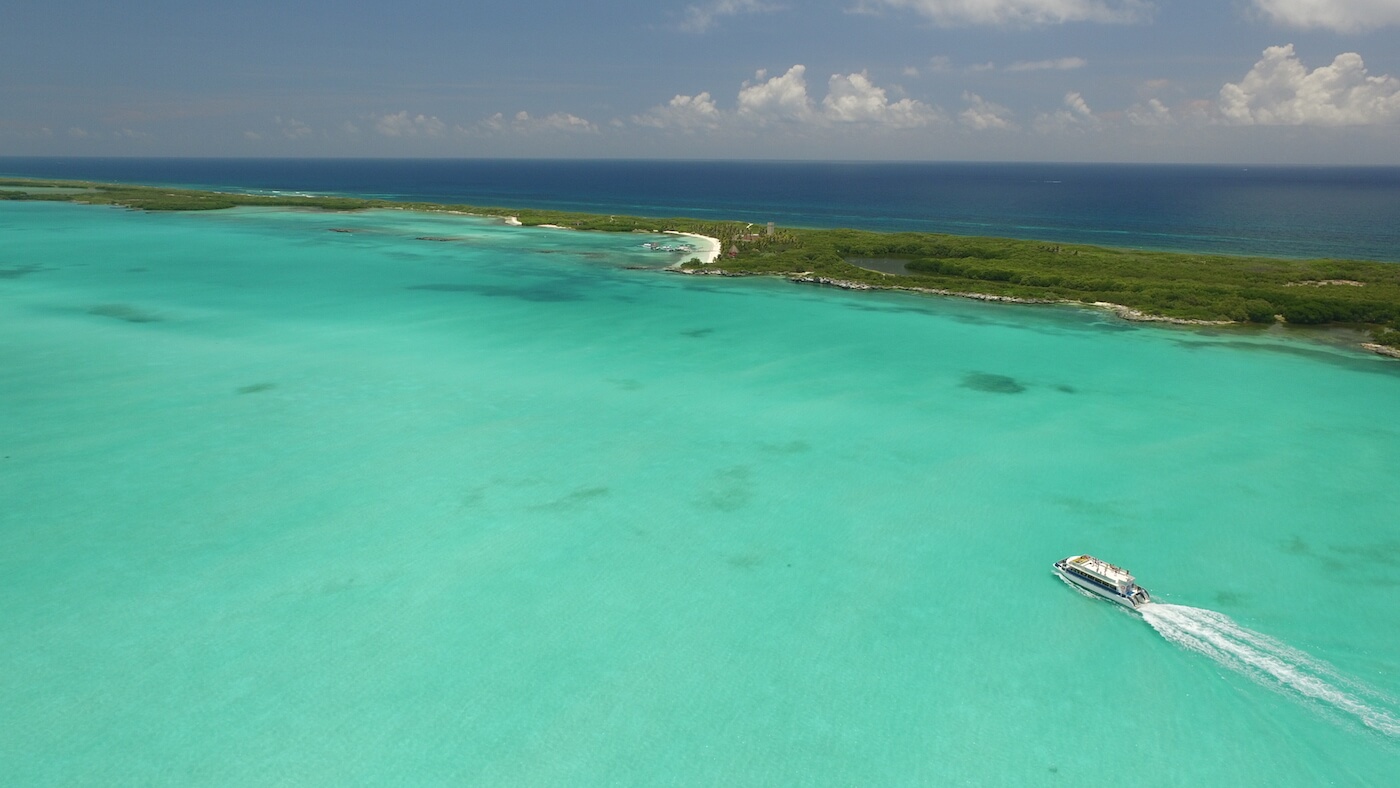 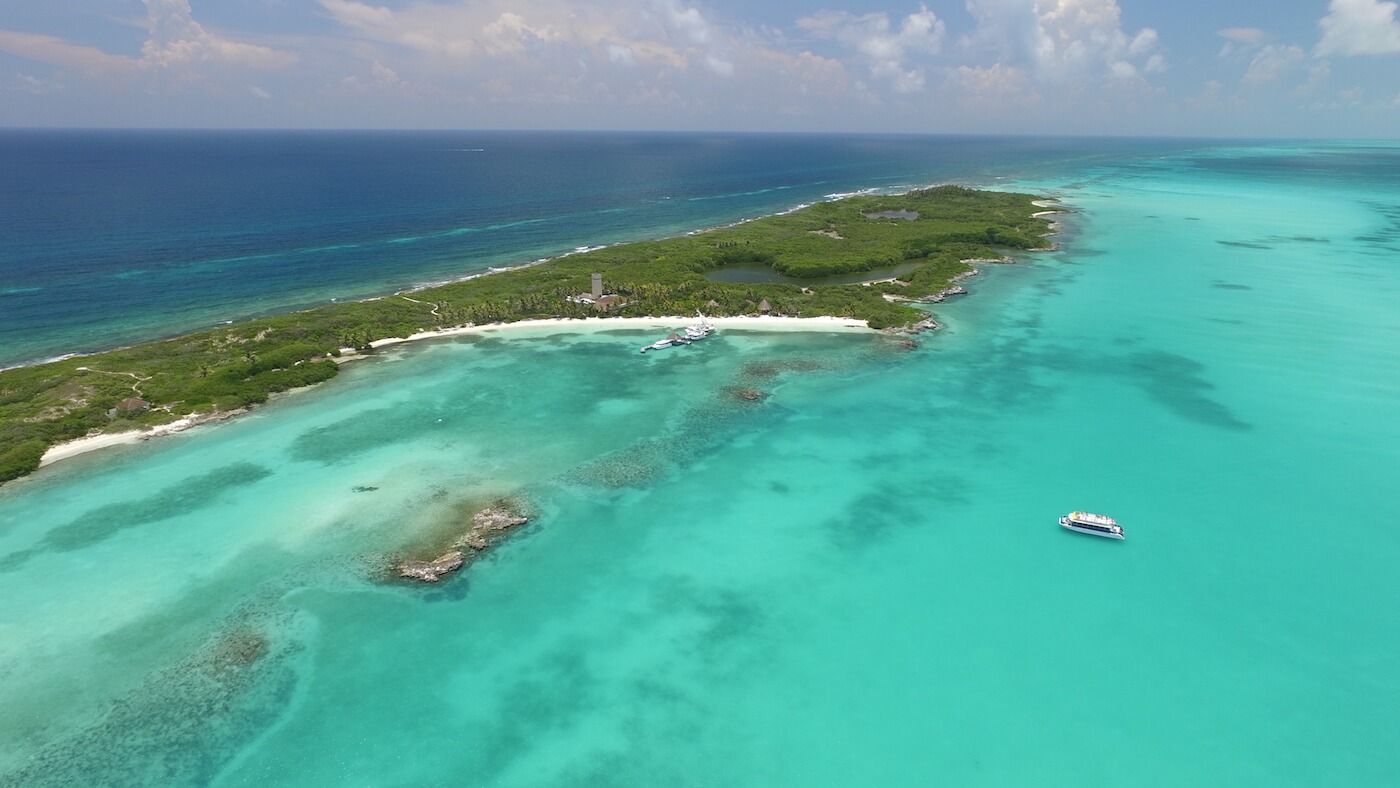 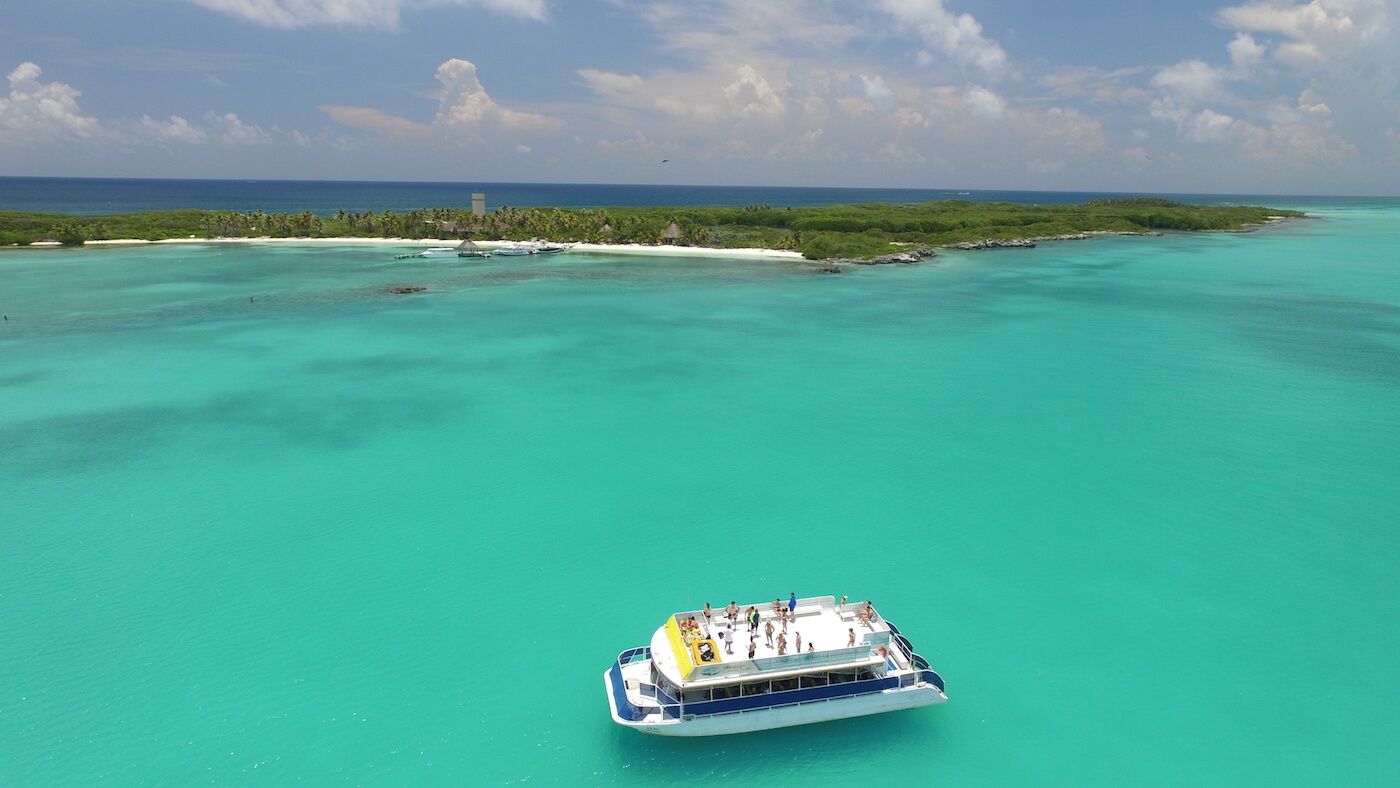 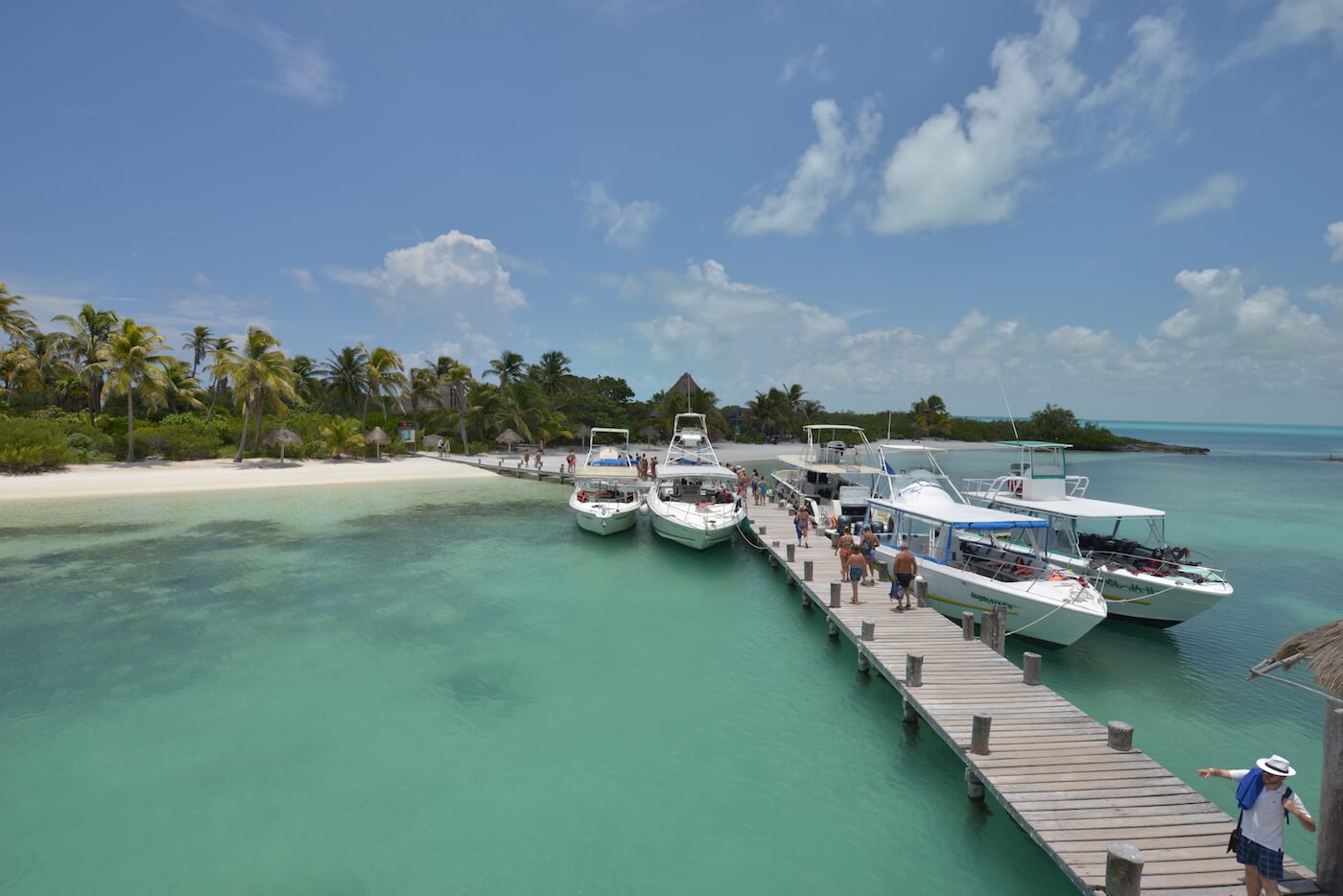 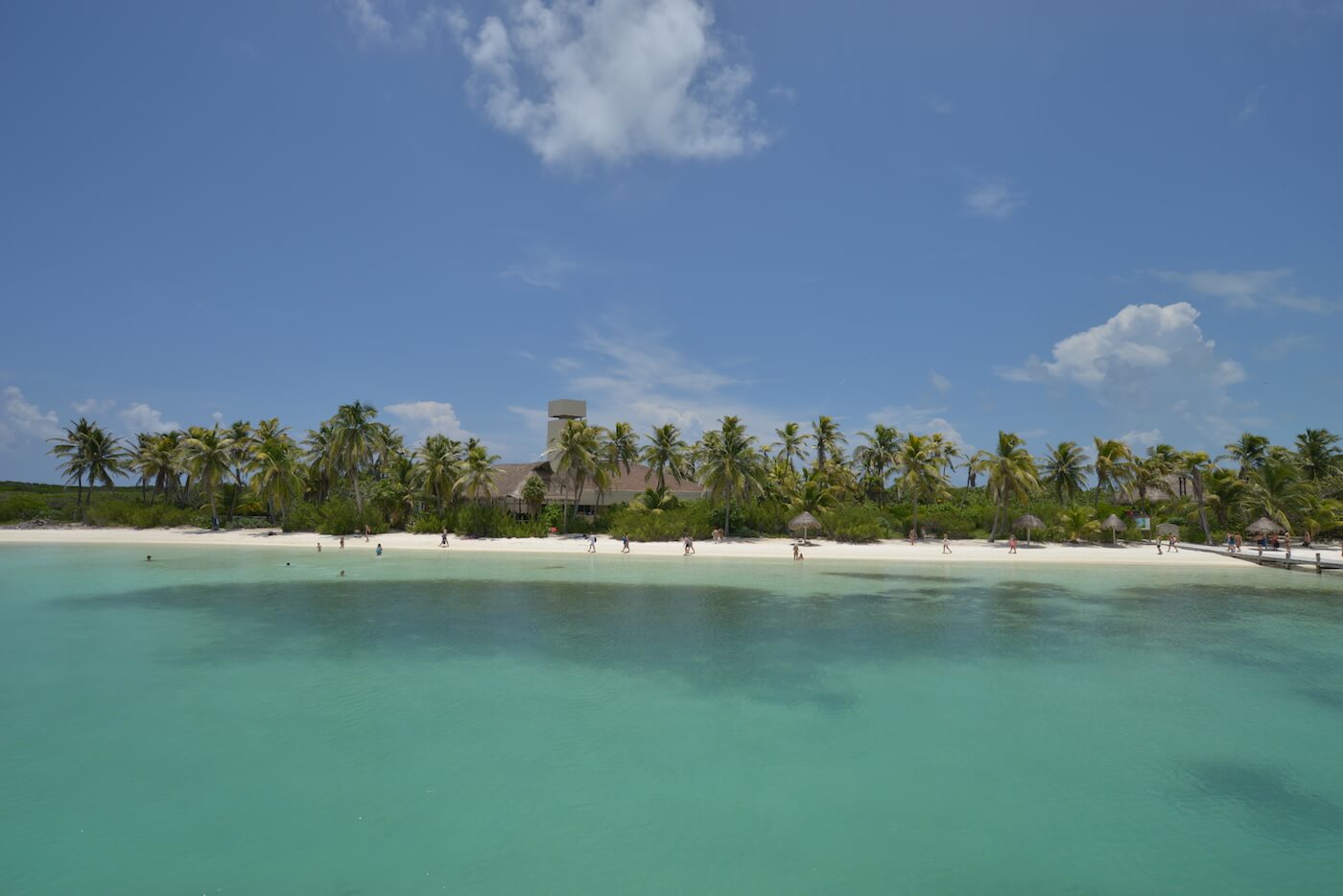 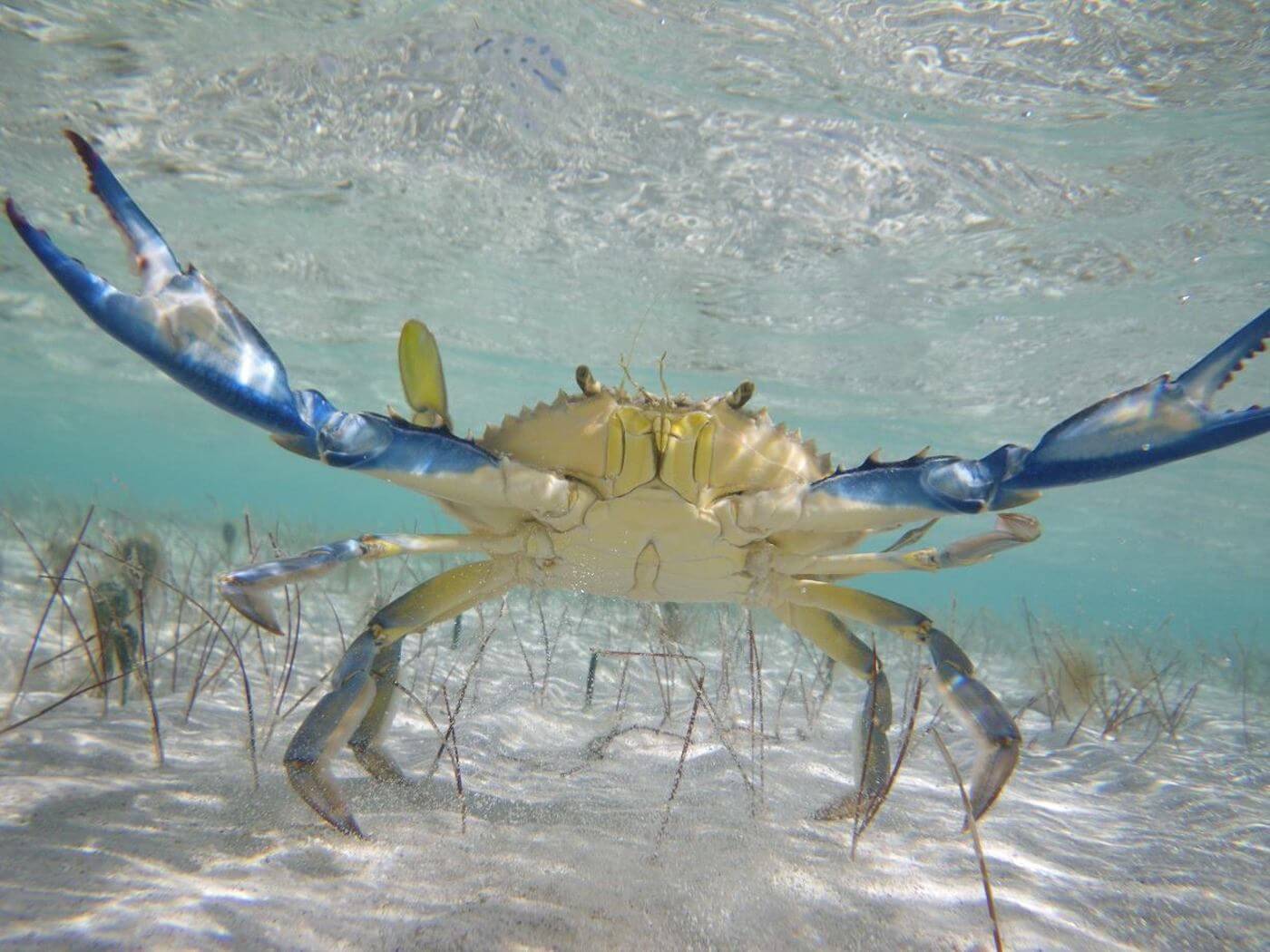 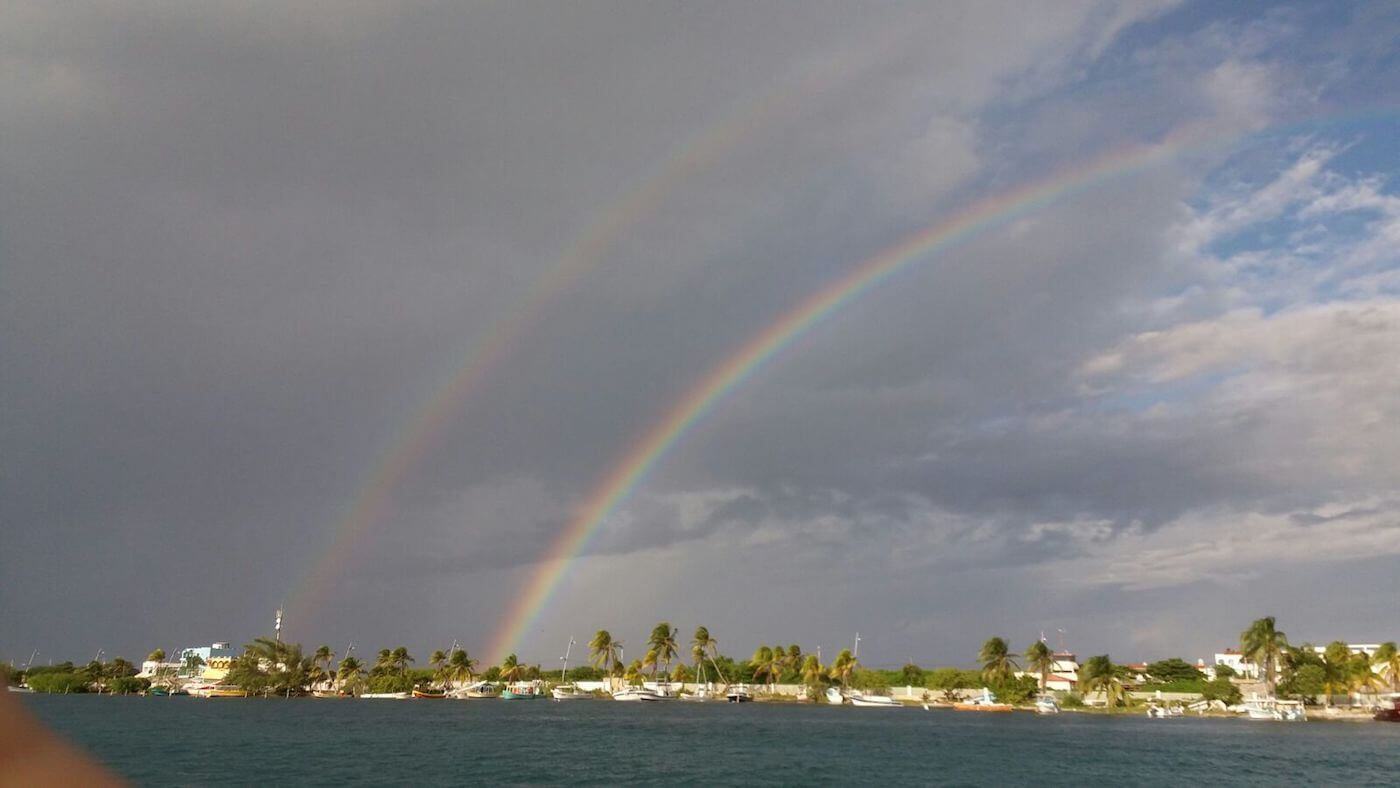